Dog Training Secrets: An Inside Look at Stopping Inappropriate Behaviors

Those of you who know my work know that my dog training practices are founded on dog owner education.

Because believe it or not, most of the dogs I train have a problem that needs to be solved by educating a dog owner to change his or her behavior.

That’s the first of my many Dog Training secrets!

It’s quite amazing how many dog “behavior problems” are actually rooted in bad habits that are created by humans.

Let’s take a look at a simple example…

Many dog owners complain about their dogs begging for food at the table. But, how many times have these same owners slipped their dog a bite of food under the table? A little piece of lamb here, some peanut jelly on toast there, letting the dog lick the dirty plate when no one is looking! The answer is probably most of them probably give the dog way more incorrect messages than they realise.

And so this is simply a behavior that a dog learns due to the owner’s actions.

When the owner and everyone else consistently stops feeding the dog under the table and makes it clear that begging at the table is not acceptable and that the dog should go and lie down elsewhere the begging will stop.

Sometimes behavior change also about consequences–another step in the training process that many dog owners leave out.

You see, most dog owners don’t know how to set consequences for bad behavior. And no, I’m not implying that owners should scream as a dog or hit a dog as punishment. There are gentle and kind consequences that actually work more effectively. I’ll get to those in a bit. But first, I want you to take a few minutes to check out on my recent consults with a West Highland Terrier named Chester.

In this video you’ll see how I work with the owner to change Chester’s naughty slipper stealing habit.

At the end of this clip, you can decide for yourself whether you think my training methods have changed Chester into a different dog or whether his owner is simply doing things differently and giving him difference consequences to his actions.

So what do you think? Is Chester a new dog or has his behavior changed because his owner is communicating more effectively with him?

The bottom line is that there’s nothing wrong with Chester.

He is the same dog he was at the beginning of the video.

The only difference is that his owner is now doing things differently to help him understand right from wrong and laying down some clear boundaries.

Chester’s behavior hasn’t changed because he was scared or bribed–we never forced him to do anything.

Chester’s behavior changed because he understood what was being asked of him, he understood there were consequences and he made the decision on his own to change his behavior.

My favorite part of this video is at, 8 minutes and 40 seconds time. Go back to the video and watch this clip once more.

This is the part of the video where Chester consciously makes the decision to leave the slipper alone on his own.

How cool is that?

All it took was the tiniest touch on his neck as a reminder to leave the slipper alone.

In a nutshell what’s happening is that we’re showing Chester that we are making the rules and we’re showing him that there’s going to be consequences to his behavior.

Chester knew understand that if he took the slipper, he’d be put back in time out–a place he didn’t want to go.

Consequences are not meant to be mean or harmful. No yelling, screaming, or hitting is ever necessary to show a dog their behavior is undesirable.

In fact something as simple and gentle as a 2 minute time out is often enough to stop a dog from repeating something you didn’t like.

Thats right. A simple 2 minute timeout could save you a lot of trouble further down the track.

Aside from the moment Chester made his own conscious decision to follow the rules, my other favorite part of this video is watching Chester’s owner.

It’s amazing to watch her as she watched Chester’s behavior change in such a short space of time.

She saw that he was making the decision on his own free will–he had self control. She could see there was no food involved, no harsh discipline, and it all happened so fast without the need for hours and hours of training.

Best of all you could see how much she was enjoying the consult. This whole gentle approach makes dog training so much more enjoyable for the owner, the dog, and the dog trainer.

Have you ever seen yourself as a dog trainer?

Fancy spending your afternoons helping fellow dog owners out doing consults much like the one in the video you just watched.

If you’re interested in starting a career as a dog training using these gentle and effective training methods, I invite you to post your interest in my Dog trainer Academy.

Throughout the Dog Trainer Academy program, you’ll get to watch me at work as I implement my proven training methods, you can ask me any questions and be given all the necessary help and advice to set up a successful dog training business of your own. 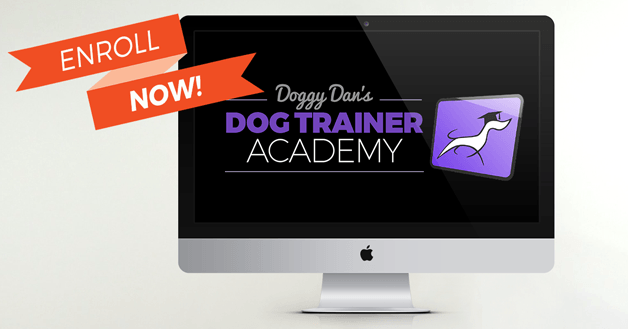 Of course, it’s possible that you’re not quite ready to commit to becoming a dog trainer yet. If that’s the case for you, I highly recommend you check out my program called The Dog Calming Code. Or, if you have a puppy I suggest with my Puppy Coach training program!

In this program, I’ll give you the training tools you need to get any dog to remain calm and listen to you when it matters most. It will help you build a solid foundation as your work toward your goal of becoming a successful trainer.

CBD Oil for Dogs: The Key to Training “Untrainable” Dogs

Dog Appreciation: 5 Things to Thank Your Dog For This Thanksgiving