A Dog’s Sixth Sense: The Unexplained Power of Dogs

A Dog’s Sixth Sense: The Unexplained Power of Dogs 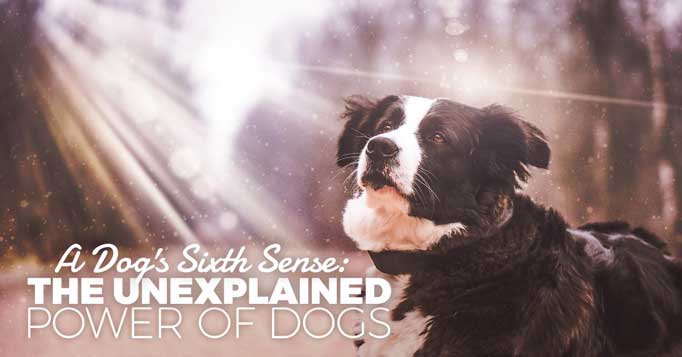 I’ve always been fascinated with how amazing nature is. It seems as though every day we discover new things about animals—things that previously may have seemed like the stuff of a science fiction novel or movie.

And as a dog trainer, I’ve certainly seen my fair share of interesting and sometimes even unexplainable behaviour.

One day, I truly believe that we will all come to recognise that both animals and humans are capable of using far more than the five senses (sight, smell, touch, sound and taste) that we know so well.

In fact, I believe there’s definitive proof that other senses exist. I know this from simply watching my dogs pick up on things like emotions, thoughts and pain.

So, if these other senses exist, why isn’t it obvious to us?

The answer I believe is, in part, very simple…

As humans, we find it very hard to believe that another animal can do something that we cannot…even when we see animals doing amazing things right in front of our eyes.

For example, we now know for a fact that…

It’s quite amazing what animals can do. In fact, animals are far more capable than humans are in many ways.

And that means we shouldn’t limit our dogs’ abilities to only those things that we can do.

Above is a photo of Tamar on our front lawn. One day (when, as far as we were aware, she was fit and healthy), she stood looking up at the heavens for such a long time that I got my camera out and took a whole sequence of photos, including this one.

About two weeks later, she passed away from kidney failure. She is buried on the exact same spot this photo was taken.

Of course that is very likely coincidental; however, I have heard of several stories of dogs who knew that they were about to die and said goodbye to their owners before leaving this earth.

Now if you’re skeptical that animals have incredible capabilities, I don’t blame you. For the longest time, I wanted to dismiss the idea that dogs could feel and sense things we couldn’t.

The idea that dogs had other abilities that we didn’t understand and couldn’t explain…it didn’t fit with my belief system at the time.

That was until eventually the circumstantial evidence made me think differently, including a very strange interaction with my beautiful dog Peanut Butter.

So, today I want to share with you one story that is easy to dismiss as a strange coincidence, but that I believe is actually just the tip of the iceberg of what dogs are capable of and the other senses that they can use.

To explain the story of what happened with Peanut Butter, I’ve decided to create a video of exactly what happened.

Sit back, and enjoy!

As a qualified math teacher, I love numbers—especially calculating probability. So, I nearly always attempt to work out the probability of something just happening by chance.

Yet, from my experience with Peanut Butter, I just haven’t been able to make the calculations add up.

It has become overwhelmingly clear to me that there is something else going on as I explain in this video.

We don’t have all the answers…and I certainly can’t explain to you what made Peanut Butter so anxious to get in my wife’s studio and sit with the lady she was working with. But I think that one day we may eventually find the answer.

We still have never visited a star…maybe one day we will. After all, there are billions of them in the sky.

And it’s so easy to forget how much else is out there!

So, if any of that has caught your imagination, and you’re interested, then let me know, and I can share more on this sort of topic.

After all, it’s only by sharing that we can find out if we are all experiencing similar things with our dogs so we can start to connect the dots!

And for those of you who are interested, you may like to check out the book Dogs That Know When Their Owners Are Coming Home by Rupert Sheldrake—a fascinating read about the unexplained powers of animals.

Over the past decade as a dog trainer, I’ve had the privilege of hearing the most amazing stories of dogs who seemed to know the most impossible things.

Some of those things are now clearly down to the incredibly fine senses that a dog has, such as the dog who kept trying to tell his owner that the tiny mole on his forearm was cancerous two years before the machine at the hospital was able to come up with a positive reading.

Yet there are also many other abilities that I see in dogs that seem to go beyond the five senses that we know so well.

And I think we are only just starting to scratch the surface about what dogs know. 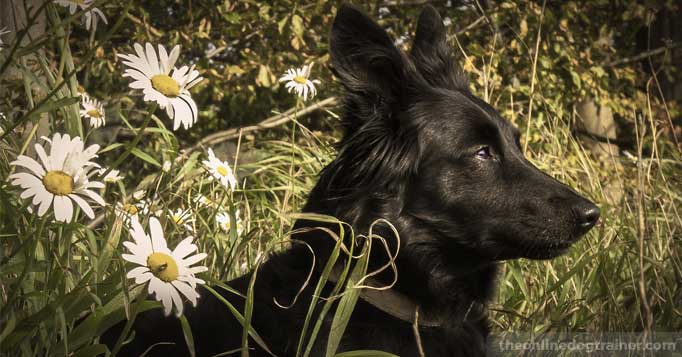 Have you witnessed your dog doing something amazing?

Let me know your thoughts, and please share your stories with me.

As you can see by the amazing number of stories shared below it really appears that this is something many people are aware of.

So if you’ve enjoyed reading please hit SHARE and bring some hope and joy to another dog lovers day.

Have a great day, and next time you feel your dogs trying to tell you something…remember it may be that they may “know” something that we do not!

How to Safely Socialize Your Dog with Other Household Pets

Christmas Puppies: Are You Truly Ready for the Responsibility of a Dog?

Dog-On-Dog Aggression Solved: Transforming Two Dogs Who Tried to Kill Each Other